Does Opec see US crude oil output as half full or half empty?

Ahead of their meeting in Vienna later this week, OPEC’s oil ministers have done a good job of convincing themselves that they can simply decide to hold steady, and do no more than they’re already doing. That’s not surprising given they tend to err on the side of doing as little as possible because that’s often the easiest consensus to form among the group’s members.

What’s interesting is how they will come to that conclusion, given the wealth of data out there and the myriad ways of slicing and dicing it. One reason for their complacency is that they expect “sharp revisions of non-OPEC supply going into 2020, particularly from shale basins in the U.S.,” according to OPEC Secretary-General Mohammad Barkindo. My gut feeling is that OPEC should beware. Yes, the breakneck growth in U.S. oil production is slowing, but that doesn’t mean that there is going to be a sudden downward revision to oil production forecasts for 2020.

America’s second shale boom is certainly drawing to a close. The Energy Information Administration is now forecasting that output will plateau in 2020, but that is very different to saying that the average level of production next year will be little higher than this year. And confusing the two is where OPEC may come unstuck. 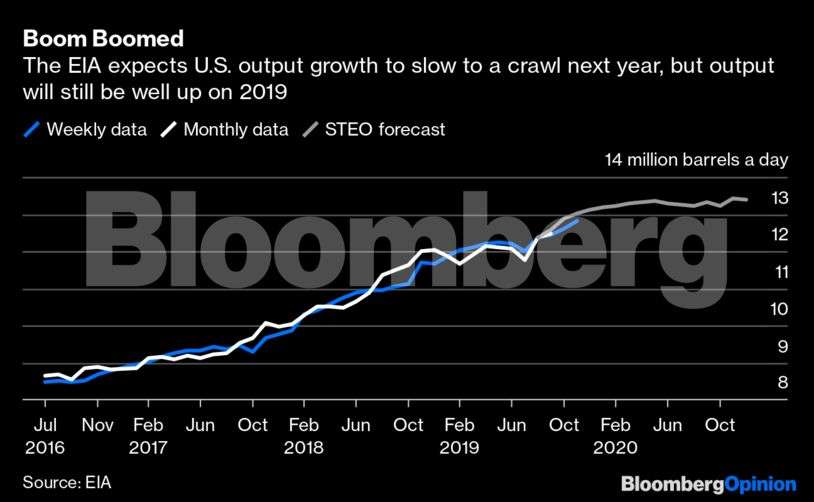 It is perfectly possible to have a year-on-year growth forecast of about 1 million barrels a day and a December 2019-to-December 2020 forecast of less than 300,000 barrels a day. Just look at the chart below, where the data for U.S. oil production are drawn from the latest Short-Term Energy Outlook. 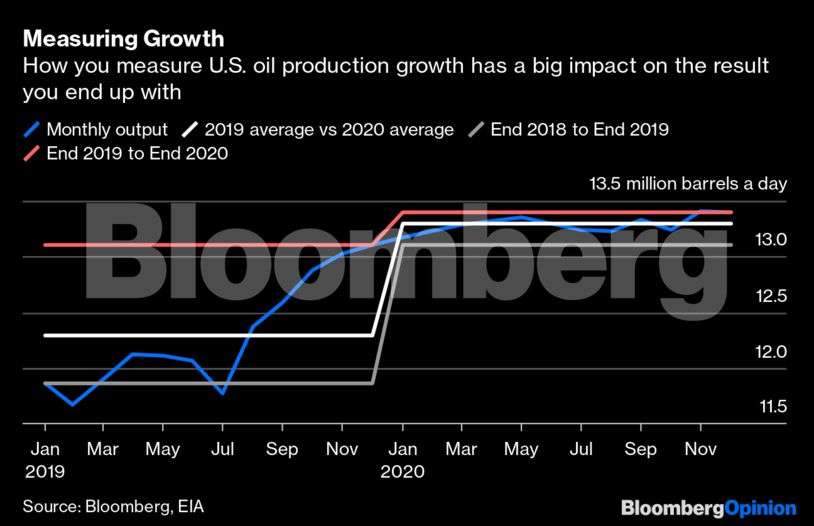 The year-on-year growth remains strong even though the day-to-day growth has almost stopped. 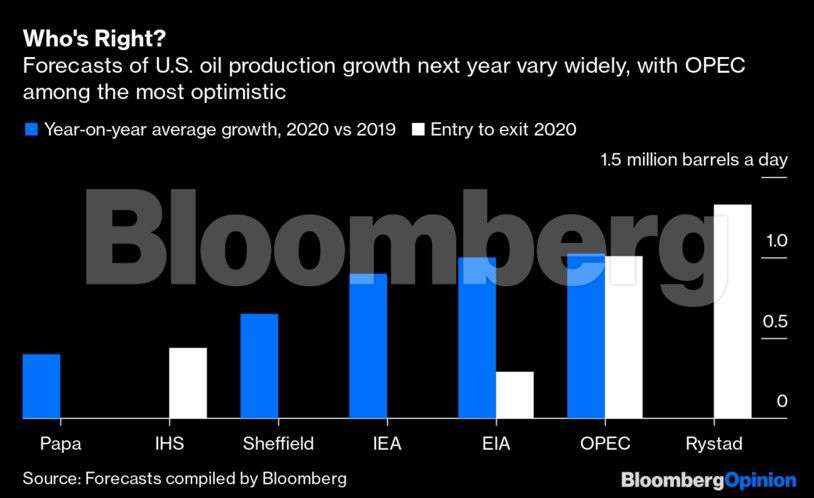 If the EIA is right about current production levels, then getting average year-on-year growth in 2020 down to the 400,000 barrels a day seen by Papa is going to require a steep drop in U.S. production over the course of next year, never mind a slowdown in growth. Assuming the EIA has got its forecasts for the Gulf of Mexico and Alaska right, then onshore production — dominated by shale — would have to fall by more than 600,000 barrels a day by the end of 2020.

Turning in results like that could well spell the end for several of the independent shale producers.

If Papa and Sheffield are right, and they are certainly closer to the wellhead than I am, then either the EIA is over-estimating the current level of U.S. production, or the oil market is in for a big shock next year. And in that case, OPEC will look downright prophetic if it decides to do nothing.

Mexico to move forward on 240-MW Chicoasén II hydro project, not others

France could shut next two nuclear reactors sooner than expected

Load flow test to be conducted within a month

Load flow test to be conducted within a month