The Energy Trilemma Index 2019, developed in partnership with Oliver Wyman, shows the sustainability of national energy policies of a country. It ranks 128 countries on their ability to provide sustainable energy through three dimensions: Energy security, energy equity, and environmental sustainability.

“The ranking measures overall performance in achieving a sustainable mix of policies and the balance grade highlights how well a country manages the trade-offs of the Trilemma with “A” being the best,” the global energy body said in its report. 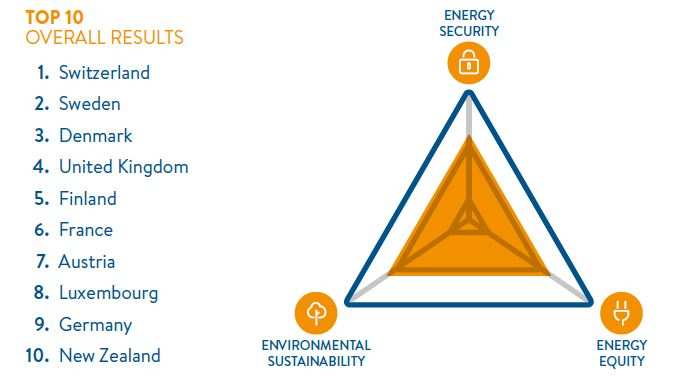 Coming back to India, the report titled ‘World Energy Trilemma Index 2019’, said that India’s energy security dipped almost every year since 2000 due to the reduction in energy storage, diversity of primary energy supply, and an increase in import dependency.

“Even though security has dipped it still remains relatively high. Equity and sustainability are low but are improving each year due to a reduction in energy prices and improvements in efficiency,” the report added. 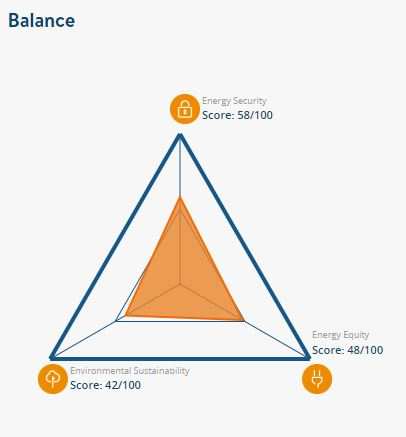 WEC said that India’s Nationally Determined Contribution to the 2015 Paris Agreement — which aims to achieve a 33 per cent decrease in greenhouse gas intensity of gross domestic product compared to 2005 and 40 per cent renewable installed capacity by 2030 — has influenced the country’s energy policy. 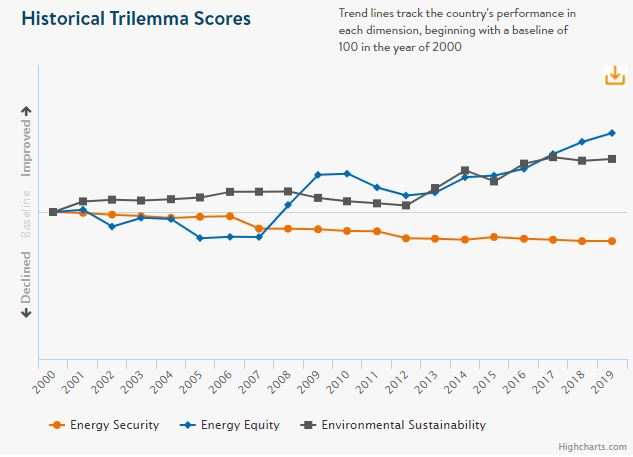 According to the report, some of the biggest challenges for India include: Improving the financial performance of electricity distribution companies; mitigating import dependence of oil and gas; enhancing domestic manufacture; and integrating large variable renewable energy capacity and optimum flexible operation of conventional generation.

The report also highlights the position of the Asia-pacific region in the global energy mix. “Despite the slowdown in China’s economy, the expected continuing growth of the economies of India and many of Asia’s emerging nations will have an impact in the future not only on the energy situation in the region but globally as well,” it said.

Only nine of the 23 countries rank above 50 per cent overall and only one country, New Zealand, falls in the global top 10. The index shows that the region still struggles with energy security and sustainability. 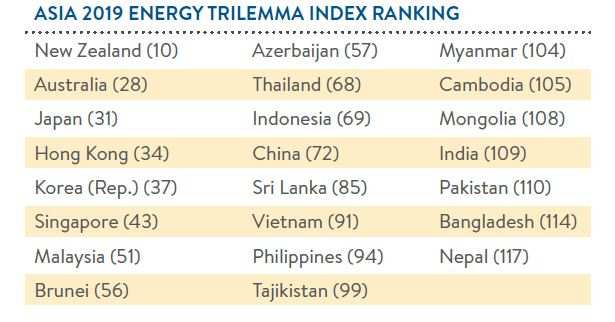 Security index scores for India has dropped since 2000, partially due to a rapid improvement in access to energy, resulting in a higher equity score. However, this is counterbalanced by challenges caused by the increased demand and the need for grid infrastructure stability to catch up with new networks, the report added.

Construction work at Mid-Tamor project goes on despite lockdown

Construction of hydels with total capacity of 3,000MW stalled

Construction of hydels with total capacity of 3,000MW stalled

Construction work at Mid-Tamor project goes on despite lockdown